The price spread between Brent and WTI was significantly greater in 2017 than in 2016. Lower domestic crude oil prices made U.S. crude oil more competitive in international markets and supported record U.S. crude oil exports. Domestic demand was also higher: U.S. product supplied for crude oil and petroleum products was the highest level since 2007. 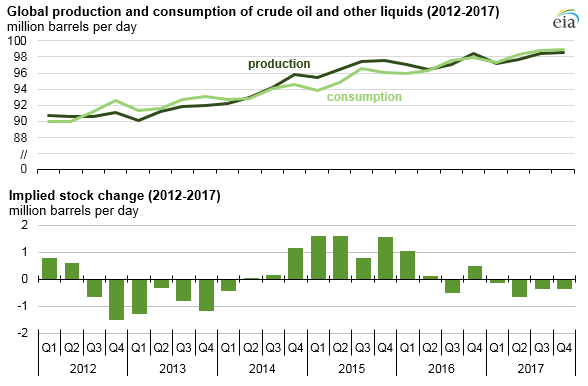